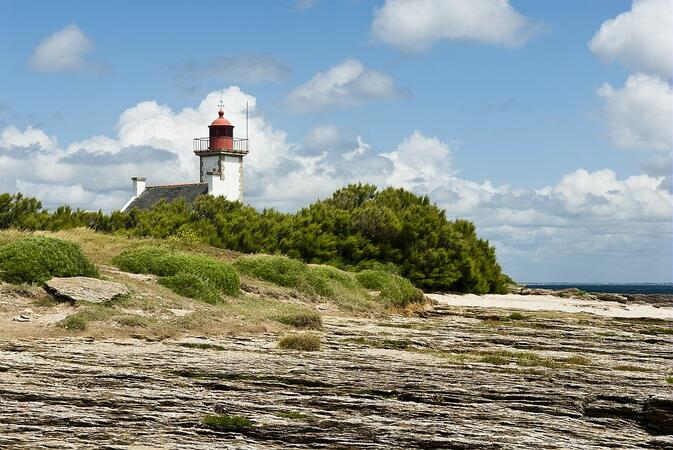 In Groix, the sea is everywhere, but never in the same way. Welcoming to the east where the coast is cut into a succession of beaches, the sea is more rebellious and wild to the west where it can only be observed from the top of the cliffs. For now, grab your towel: we're off to the beach.

To swim, you will therefore have to head to the east of the island, between Port-Mélite and Pointe des Chats: sheltered beaches, a convex beach and one with red sands, all between 2 and 4 km from the Hôtel la Marine (6 to 8 minutes by bike).

> The two beaches closest to the Hotel are Port-Mélite and Locmaria. Both are sheltered from the wind and benefit from surveillance during the summer. Port-Mélite is the smallest and it is also the headquarters of the Sellor nautical center which rents kayaks, optimists and offers sailing courses. Locmaria beach faces south.

> The Grands Sables beach, also called the White sands, is the largest convex beach in Europe, some would even say that it is the only one, that is to say that it juts out towards the sea and not the reverse. Its exceptional shape gives it the air of the tropics. Add to that sometimes turquoise water and you will have the feeling of having changed hemisphere!

> Red Sands Beach gets its amazing color from garnet, a mineral found in the rocks that make up the coast here. Put down your towel: here you are in the heart of a mineralogical nature reserve. 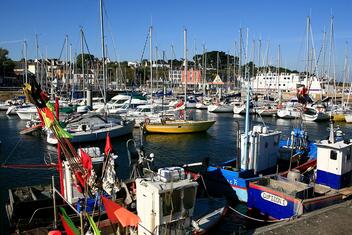 Ports of the island of Groix 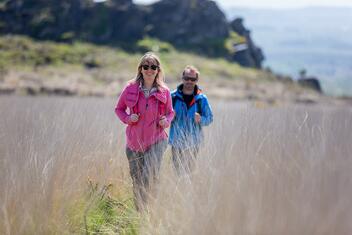 The island of Groix, on foot and by bike 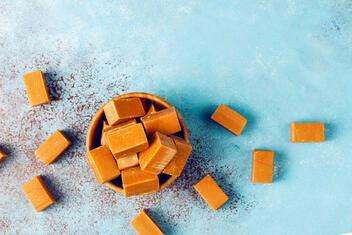 The [yummy] specialties of Groix

Our good address for apartment rental